Teachers and the Colombian Peace Accord - Books versus Bullets

Despite violence and intimidation, Colombia’s teachers have been a bulwark for workers’ rights.
By Bob Peterson
Tuesday, August 25, 1987 began like any other day for Luis Felipe Vélez, president of the teachers union of Antioquia, Colombia’s most populous state. Shortly after 7 AM, Velez said goodbye to his wife and three young children and headed to the union’s office in downtown Medellín.
But as the thirty-three-year-old was about to enter the modest adobe-brick building, two assassins leapt out of a green Mazda 626 and opened fire, riddling his body with bullets. Velez died two hours later.
Word spread quickly among human rights activists, teachers, and Vélez’s colleagues in the Association of School Teachers of Antioquia, and by 5 PM a large crowd had gathered at the union office for a vigil.
Among the throng were Hector Abad Gomez and Leonardo Betancur, two well-known human rights leaders. As Gomez and Betancur entered the union office, two men jumped off a motorcycle and walked toward the crowd. One shot Gomez six times; the other chased Betancur into the office and killed him.
It was a bloody day in a bloody period. During the 1980s and ’90s, assassinations were an everyday reality for union and human rights activists in Colombia. And violence, while on the wane, continues to this day.
According to Colombia’s National Union School (ENS), more than 1,000 teacher union leaders were killed between 1977 and 2014 — the equivalent of 7,000 teacher union leaders being murdered in the US. The ENS has also documented over 14,000 incidents of violence against labor activists, ranging from assassinations to beatings, kidnappings, and torture. The perpetrators have only been brought to justice in 1 percent of the cases. 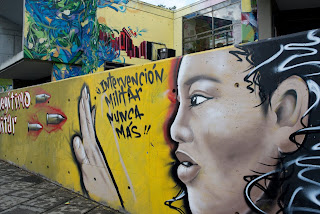 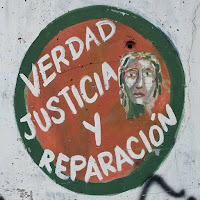 Bob Peterson
Milwaukee, WI, United States
Public education, the entire public sector and democracy are under attack. As a teacher activist I organize and write in favor of social justice teacher unionism, social justice teaching, and for the creation of a new social movement for economic and political democracy and racial justice. This blog represents my personal views.